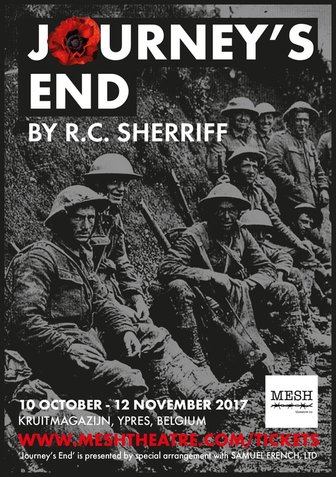 A hundred years since Sherriff fought at Passchendaele in the 3rd Battle of Ypres, MESH brings his masterpiece back to the region  "where history speaks".

Sherriff's  ground-breaking play is the only drama about WW1 written by someone who fought in the war. When first staged in London in 1928 - for 'one night only' with Laurence Olivier in the lead - it broke a ten year silence around the shocking reality of trench warfare. It quickly became a global hit in 18 languages across 30 countries worldwide. A London critic said "this is less a play than a memorial to the dead."

Set in a dugout over four days leading to a horrific attack, it charts the physical and mental ordeals experienced by a company of British officers as new recruit, Lieutenant Raleigh, discovers Captain Stanhope, his childhood friend and hero, has changed almost beyond recognition.

Sherriff said of his characters: "I did not need to create them: they just walked out fully-formed on to the page." 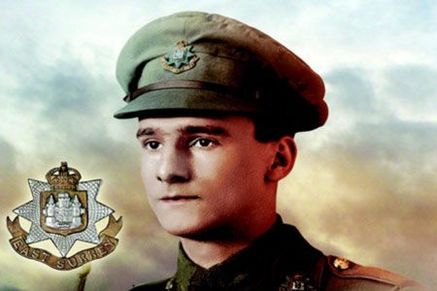